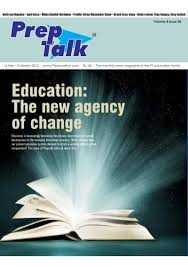 What drew Sanjeev Bikhchandani to books about the 1971 Indo-Pakistani War?

One of India’s best-known software entrepreneurs and investors devotes his time to something unrelated to technology. Sanjeev Bikhchandani remembers the Indo-Pakistani war of 1971, which was one of the shortest in history but which left a lasting mark on him. The founder of InfoEdge, one of India’s first online companies, has read three books on the conflict and is about to start a fourth. In recent years he has read Blood Telegram by Gary J Bass, 1971: A Global History of Bangladesh’s Creation by Srinath Raghavan and India and the Bangladesh Liberation War by Chandrashekhar Dasgupta.

“Raghavan’s book was more focused on the chess game of government in the nine months leading up to India’s victory, while Dasgupta’s book gives an in-depth insight into the decision-making process of government,” said he declared. The books also resonate with Bikhchandani, who lived through it largely unaware of his gravity as a seven-year-old boy. “Growing up in Delhi, I remember trenches being dug and playing games. I also remember the sirens going off and the refugee camps. While these books were written in the last decade, Bikhchandani argues that such accounts from decades after the war help debunk myths and provide a perspective that cannot be found in the immediate post-war period.

“It is timely, since 50 years have passed since the 1971 war. All of these elements had slightly different perspectives and together complete or semi-complete the puzzle,” he said in episode 18 from Moneycontrol’s All About Books, a show on Twitter Spaces hosted by M Sriram and Swathi Moorthy. Bass, an American journalist, sheds more light on the American perspective and relies on declassified archives, which do not portray then-US President Richard Nixon and former Secretary of State Henry Kissinger in complementary ways, he said. -he declares.

“These books also debunk several myths associated with war. One of them concerned the role of Field Marshal Sam Manekshaw in postponing the 1971 war. It was believed that it was Manekshaw who told Prime Minister Indira Gandhi that India was not ready for war in April 1971. But the truth was that Indira Gandhi was under great pressure to go to war in April-May 1971. But she didn’t want to. So she asked Manekshaw, who she knew would agree with her. It was revealed in Dasgupta’s book,” he said. Since there might be many untold angles in such a complex story, Bikhchandani also searches the names of the people mentioned in the book and sees their life story.

“The Pakistani Ambassador to the USSR at the time was a Parsi gentleman called Jamsheed Marker. He died a few years ago and he wrote some books which I ordered from Amazon, where he talks about his life as a diplomat career. I’m pretty sure there will be things in the book that should talk about his time in Moscow before the war,” he said. “A key pillar of India’s strategy was India’s signing of the Indo-Soviet treaty in 1971 before the war. This deterred the United States and China from proactively intervening in the war. I’m sure he would have known. I don’t haven’t received the book yet, but I will read it,” he said.

Disclaimer: If you need to update/edit this article, please visit our Help Center. For the latest updates, follow us on gohohgIand News