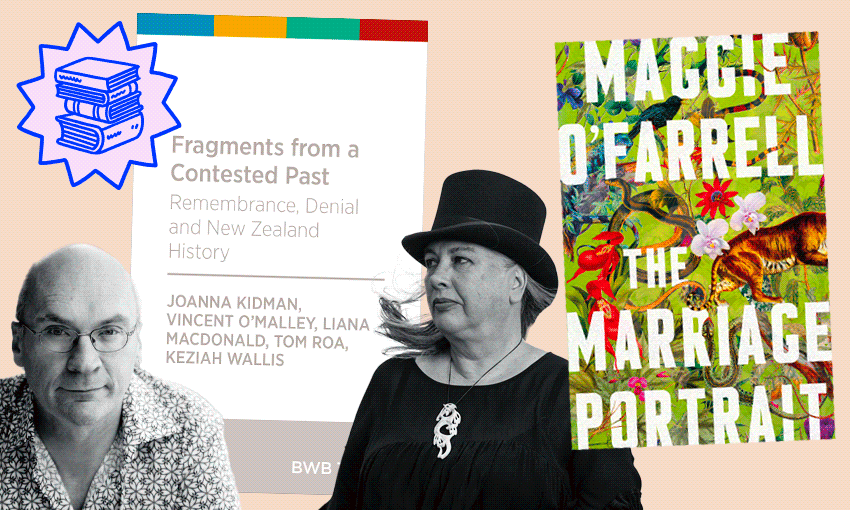 The Unity Books bestseller chart for the week ending September 2

The only best-selling independent books chart published and available in New Zealand is the Top 10 list recorded each week at Unity Books stores in High St, Auckland and Willis St, Wellington.

A lovely blurry excerpt for Paul Hewlett’s new book of poetry: “In The Quiet House, the usually unnoticed little moments of family life become the rhythm and whisper of poetry. In search of a chorus, Paul Hewlett takes us out into the world and brings us home, through parks and hotels, into the past and memory, love, recovery.

“These carefully crafted poems echo and reverberate with everyday truths, eschewing corporate shorthand for the unapologetic and the sincere.”

2 Little things like these by Claire Keegan (Grove Press, $25)

Selected for this year’s Booker, and rightly praised by NPR: “Time and timelessness are the strands of novel DNA. Bill’s fight is timeless in evoking the fragility of civil society in the face of an oppressive system. Ominous signs, such as a December murder of crows ‘rummaging through what was dead or diving playfully for anything that seemed edible’, ripening fruit from a secluded garden, plus the Cinderella trope orphan girls deprived of walking shoes and mistreated by their “ugly sisters” (the nuns), give the novel an air of fairy tales. At the same time, the culturally specific milieu of 1980s Ireland accentuates the potentially tragic consequences of Bill’s action.

Want to know what John Key ate for breakfast? This book won’t tell you, but it does dive into the world of central New Zealand politics and what John Key was really like as Prime Minister.

In turn, Toby Manhire digs into Yes, Minister in a recent episode of The Spinoff’s Passed by lunch time pod.

How do we choose to remember our difficult stories? Five sharp minds investigate.

The computer memories of 2022, here for break your heart.

Liz from Goodreads says: “This book is really excellent. The story immediately absorbed me, so much so that I stayed up until the early hours of the morning to finish it, trailing cloudy-eyed in the wake of main protagonist Hana and unable to look away until the last page is turned.

Need more conviction? Read Michael Bennet’s recent article Derivative test. That will be enough for you.

seven Dragons and Serpents: How Others Learned to Fight the West by David Kilcullen (Scribe, $40)

A book on modern warfare and terrorism. The reviews alone are terrifying:

“Once again, David Kilcullen succeeds in demonstrating how our adversaries adapt faster than us to the experiences of the recent past. Timely advice for defense strategists on how to apply these lessons and plan for the next conflict, not the last. – Professor Sir David Omand

“Disturbingly brilliant. David Kilcullen, ever the thoughtful observer of wars and the people who fight them, captures shifts in warfare that are already baffling – and threatening to overwhelm us. It correctly shows that we are mentally and physically unprepared for the new nature of conflict and will likely pay dearly for it. – Stanley McChrystal, retired US Army general

8 Girls Who Invest: Your Guide to Financial Independence Through Stocks and Stocks by Simran Kaur (Wiley, $31)

What happens to girls who invest? Nothing outrageous: they get by financially.

9 Four thousand weeks: time and how to use it by Oliver Burkeman (Bodley Head, $38)

Use your time learning how to invest, so later on you can use your time lounging by a pool sipping strawberry daiquiris.

The best book on Auckland in yonks. (It’s basically a summary of Anna Rawhiti-Connell’s ax work exam from the beginning of this year).

The 2021 Michael Gifkins Prize winner – which offers a new publishing platform for Kiwi writers – is a crime thriller set in Masterton.

Fiona Sussman says: “Broad in its scope and incredibly singular in its detail, this literary thriller heralds the arrival of an exciting new voice in New Zealand storytelling.

Spring has arrived and Wellington walkers are ready for it. Wellington Architecture languished in 10th place for weeksbut it is clear that the smell of flowers, or cut grass, or whatever September has reached the nostrils of the desperately restless Wellingtonians.

A new tale of the Roaring 60s and 70s of Aotearoa. From the publisher’s blurb: “Award-winning writer and broadcaster Nick Bollinger tells the story of beards and bombs, monsters and firebrands, self-destruction and self-realization, in a turbulent period in New Zealand history and culture.” Dig, you rebel.

Everything you ever wanted to know about the foreign service, and probably more.

6 The portrait of marriage by Maggie O’Farrell (Knopf, $38)

The author of Hamnet does it again, with more five-star historical fiction. This time we are in Renaissance Florence, following the life of Duchess Lucrezia de’ Medici. The Tampa Bay Times said, “As always, its prose is beautiful, its characters finely drawn, its story wonderfully surprising. Alfonso de Browning might have drawn a curtain over his Duchess’s portrait to declare her possession, but O’Farrell tears that curtain and gives it life.

A new novel based on real events: a teacher asks a group of high school students to argue for the Nazis’ Final Solution. The students refuse. A conflict ensues.

Imagination never goes out of style.

“I went through a phase where Victoria had to book my haircuts. I called the hairdresser, got a duck, made the connection. Once you planted that seed in your mind , it’s hard to get rid of. This particular superstition snowballed to the point where I had to pay the hairdresser in cash. Fortunately, I got over it. The new socks became my favorite: Martin Guptill was the first to notice that if I wasn’t running errands I would wear new socks the next time I hit.

We were distracted by this fantastic news writing by Sharon Lam on the difficulty of writing a second novel, and the new exam from Coco Solid’s novel How to Loiter in a Turf War (probably missing this week as it’s out of stock).