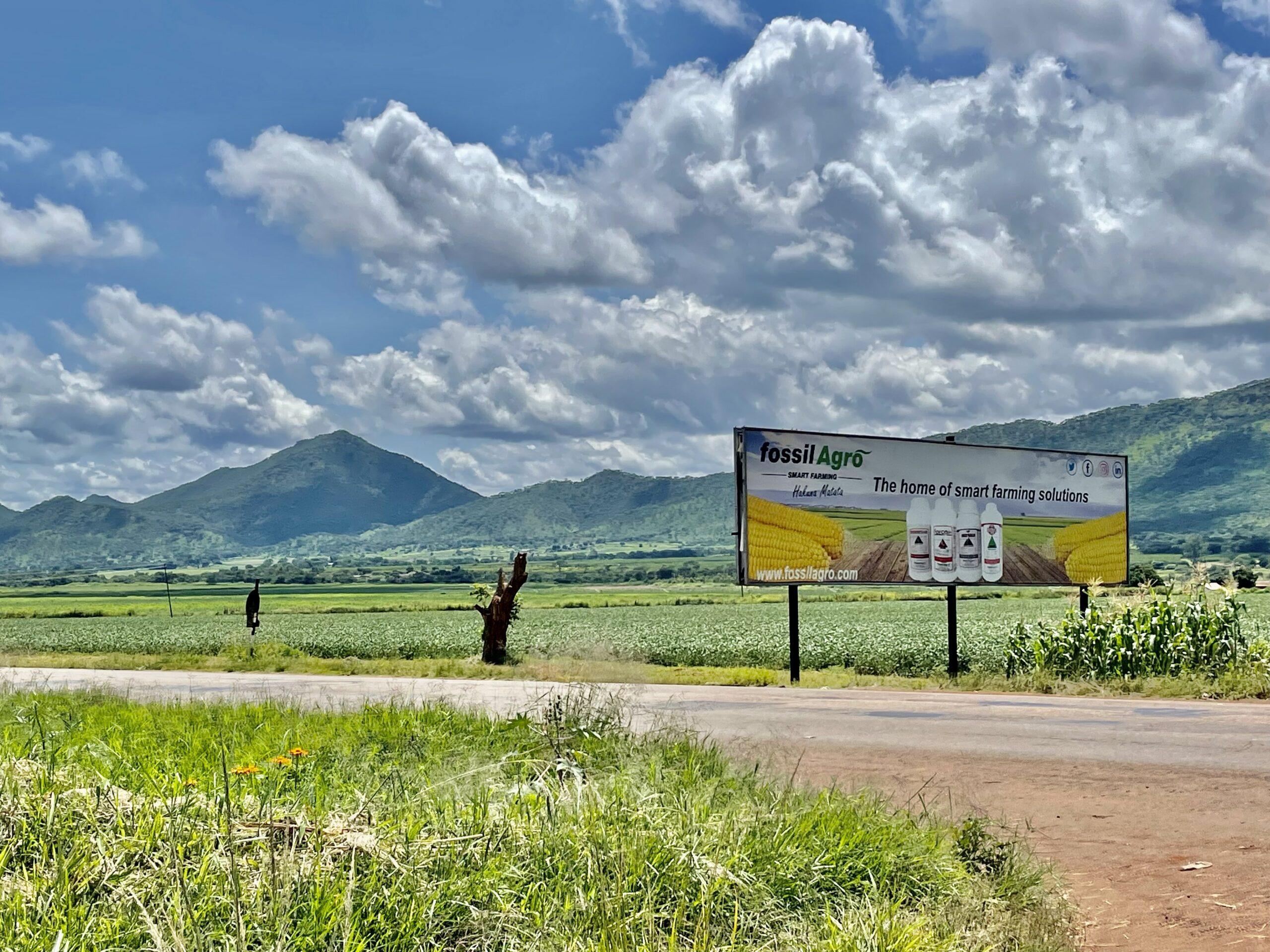 The neoliberal restructuring of land and agriculture in Africa: two new books

Two important new books have recently come out on the neoliberal restructuring of land and agriculture in Africa. Both take a radical agrarian political economy stance on the theme, but from different angles. Such analyzes have important implications for thinking about land reform, the role of contract farming, and the place of land and agriculture in African economies.

The first book Capital Penetration and the Peasantry in Southern and Eastern Africa is edited by Freedom Mazwi, George Mudimu and Kirk Helliker of the Sam Moyo African Institute of Agrarian Studies, PLAAS at UWC and the Zimbabwe Studies Institute at Rhodes University, respectively. The collection contains contributions on South Africa, Uganda, Namibia, Malawi, Zambia, Kenya, Mozambique and Eswatini, and two on Zimbabwe and argues that “the mark of neoliberal agenda, for agrarian spaces, has been the entrenchment of land ownership rights and the push for market-oriented agrarian reforms”.

Neoliberalism, explain the editors, is characterized by “unequal exchanges in world markets, large-scale land dispossessions, underfunding of the agricultural sector (especially of smallholders or peasants) and macro-economic initiatives such as the World Bank’s Structural Adjustment Programs (SAPs) and the International Monetary Fund (IMF). The contemporary form of financialized and globalized capitalism, in particular, allows capital to penetrate places hitherto ignored, resulting in significant extractive profits. This, they argue, leads to marginalization, impoverishment and increasing differentiation alongside elite capture.

In this book, neoliberalization is seen as a process, not a singular state – a helpful point that departs from some of the very simplistic and polemical treatises that misuse the term. As the introduction to the book explains, the processes of neoliberalization are varied, uneven, contradictory, and subject to repeated crises and moments of rupture. The interests associated with neoliberalization are driven by class interests, which are broadly allied with monopoly capital and Western powers aligned with national elites in Africa, but there are also forms of resistance, local and national.

This process seen across Africa and illustrated through the chapters of the book is very centered on extractive processes, which serve the needs of metropolitan states. This includes “the concentration and grabbing of land (by private, domestic and international capital), monopolistic control of natural resources, and new forms of production arrangements (e.g., contract farming) involving agrarian capital – in which there is corporate control over the flow of goods. , credit and value. As Ye Jingzhong and his colleagues explain, extractivism has evolved from a single site model of mining, land grabbing to a more generalized process, encompassing entire agrarian systems.

Several case studies in the book (e.g., Sakata, Mhlanga, and Bruna) address “contract” farming as a globally-focused agricultural production and marketing strategy that they argue reduces self-reliance and opportunities for livelihood of the peasantry. The result, they argue, is increasing impoverishment and differentiation and a strengthening of the international division of labor, with value being extracted elsewhere.

Although there is a much wider debate on contract farming, including some (such as our work) that highlights its immediate benefits for the relatively (but not extremely) poor, it is certainly helpful to situate the growing phenomenon within a broader historical and political framework. It is the contingent political economy that determines whether contractual relations “improve” and thus support local production or “capture” the peasantry through extractive relations, such as Kojo Amanor highlighted.

Overall, the book argues that maintaining the neoliberal project is in the interests of metropolitan powers and capitalist interests globally, with strong alliances among nations, building on ‘theories of imperialism’ as articulated so effectively by Utsa and Prahbat Patnaik. Countries that challenge neoliberal principles are isolated and sanctions are imposed to bring them into compliance, the book argues.

The case of land reform in Zimbabwe is of course the example given, but there are others. As they argue, following Sam Moyo, Praveen Jha, Paris Yeros and others, “it raises complex questions about the autonomy of the state vis-à-vis global capital as well as the importance of resolving the national question by pursuing relatively autonomous paths of development”, a theme taken up especially in the second book.

The second book in this journal is edited by Vusi Gumede and Toendepi Shonhe, respectively of the University of Mpumalanga and formerly UNISA in Johannesburg, and is ambitiously titled “Rethinking land and agrarian issues in Africa» (available as Ebook and one Copy), again with a number of case study chapters from across Eastern and Southern Africa.

Developing the ideas of leading thinkers in African agrarian studies, including Samir Amin, Archie Mafeje and Sam Moyo, the book argues for an Afrocentric perspective, where ideas around agrarian change – and land reform in particular – are recast , far from a Eurocentric perspective. epistemology. These standard Eurocentric views “underscore the concern for property rights and therefore the need to remain in harmony with global capital, allowing colonial systems to persist.”

Instead, the book argues for another way of thinking about land and its value that decolonizes land and thus provides “a basis for creating new platforms for social change and expanded accumulation.” This focus on constructions of knowledge around land, law, politics, property, etc. is a really useful intervention, and opens up new fields of debate not restrictively framed by conventional thought.

By advocating for a radical break with neoliberal and colonized thought and practice and a liberation of the mind towards ideas rooted in African initiative and local economies, the work of Samir Amin on disconnection comes to mind (whose work is repeated in both books). His brief 1987 note on disconnection encapsulates many of the ideas revisited by African agrarian scholars today, inspired of course by the important mentor of many, the late Sam Moyo (to whom the second book is dedicated and whose work informs much of the thinking in the first).

“The development of countries on the periphery of the world capitalist system therefore passes through a necessary “break” with this world capitalist system – a “disconnection” – that is to say the refusal to subject the national development strategy to the imperatives of “globalization”. But the meaning we give to the concept of “disconnection” is not at all synonymous with autarky. We mean the organization of a system of criteria of rationality of economic choices based on a law of value, which has a national basis and a popular content, independent of the criteria of economic rationality which emerges from the domination of the law of capitalist value. which operates globally.

Amin goes on to propose a self-centered national and popular development model, which “does not consist in rejecting all relations with the outside, but in submitting external relations to the logic of an internal development which is independent of them”. It means accepting trade relations, trade, technologies and external aid/support on different terms, resisting the extractivism of neoliberalism and the imperatives of a particular style of agrarian politics.

In this sense, the vision is different from that of a localized and autonomous “food sovereignty”, but accepts that a break with hegemonic power (and, as Gumede and Shonhe argue, the ideas and styles of knowledge-making ) enable liberation, even if “Western technologies, foreign trade, etc. are part of the solution. As Amin and others argue, a key question is who can benefit from such popular, determined development at the national level? Class issues and the dangers of capture come to the fore. As with neoliberalization, struggles for alternatives must be seen as a process.

In the Zimbabwean context, the ‘break’ with the West occurred as a result of land reform and the imposition of ‘sanctions’ and the consequent lack of investment and funding. Maybe that should have provided some of that opportunity. Indeed, in some agrarian reform contexts, we work in a sense of self-reliance and independent economic activity on the farmers’ own terms. And during the pandemic, due to force of circumstance, this accelerated as people generated resilience and capacity to survive the effects of lockdowns in a collapsing economy. However, as we have discussed many times on this blog, these opportunities remain limited. This is why Amin argues that disconnection is not just autarky, but that a progressive national state must support such efforts and this has been lacking.

Resisting the imperial impositions of metropolitan powers and transforming the depredations of neoliberalism requires more than just coping, for farmers in rural Zimbabwe are incredibly good at doing so, but requires mobilization, across classes and with allies in the state and beyond, for liberation to be achieved. These books help us think through this process, but (as always) there are no easy answers.