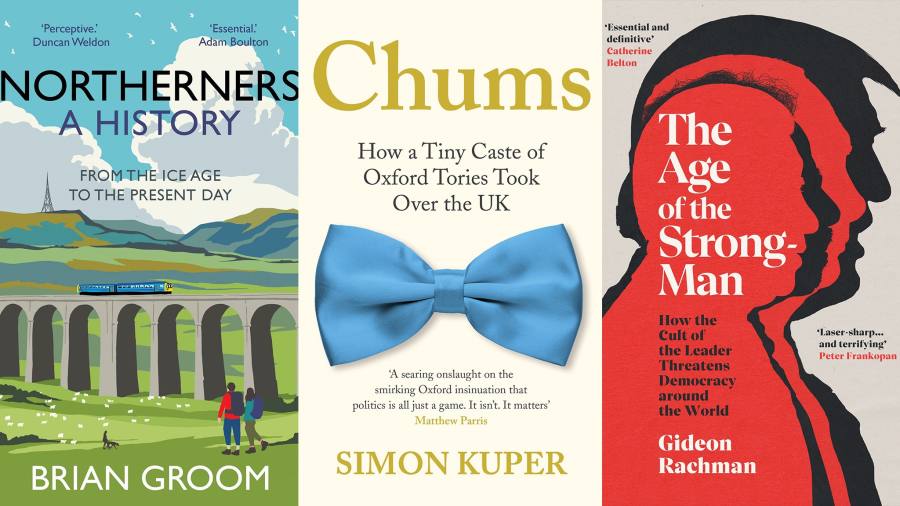 The best summer books of 2022: From our very own stable

Share the power: How Ordinary People Can Change How Capitalism Works – And Make Money, Too
by Merryn Somerset Webb, Short books €9.99

FT investment commentator Webb takes a look back at 20 years of the asset management industry to show readers how corporate capitalism has gone wrong and how ‘ordinary’ private investors can reassert themselves .

chums: How a tiny caste of Oxford Tories took over the UK
by Simon Kuper Profile €16.99

FT columnist Kuper explains how an “oxocracy” – an inner circle of politicians, journalists and academics that formed at Oxford University in the late 1980s – then “took control of the United Kingdom and changed its political landscape.

The age of the strong man: How the Cult of the Leader Threatens Democracy Around the World
by Gideon Rachman, Bodley Head £20 / Other press $27.99

In this ‘who’s who’ of modern autocrats, from Vladimir Putin to Xi Jinping, Rachman, the FT’s chief foreign affairs commentator, identifies the common elements that have brought authoritarianism to the forefront of world politics, and which can also lead to its downfall.

silver men: A hot start-up, a billion-dollar fraud, a fight for the truth
by Dan McCrum, Bantam press £20

McCrum, “the FT reporter who brought down Wirecard”, tells the inside story of a six-year investigation into a multi-billion dollar fraud.

Money in a lesson
by Gavin Jackson, macmillan

People love and hate money. But most of the time they don’t understand it. This book by a former FT leading writer explains what people need to know about money, why it’s important and how it can be managed.

Former FT editor Jones and her co-author analyze a variety of industries and companies, from Google to BlackRock, offering a practical guide to adapting to a volatile world.

Northerners: A story, from the Ice Age to the present day
by Brian Groom, HarperCollins 20 €

A story of the North of England and its changing fortunes, from the Anglo-Saxons to the ‘Red Wall’, by a former FT deputy editor and Lancastrian.

All this week, FT writers and critics are sharing their favourites. Some highlights are: