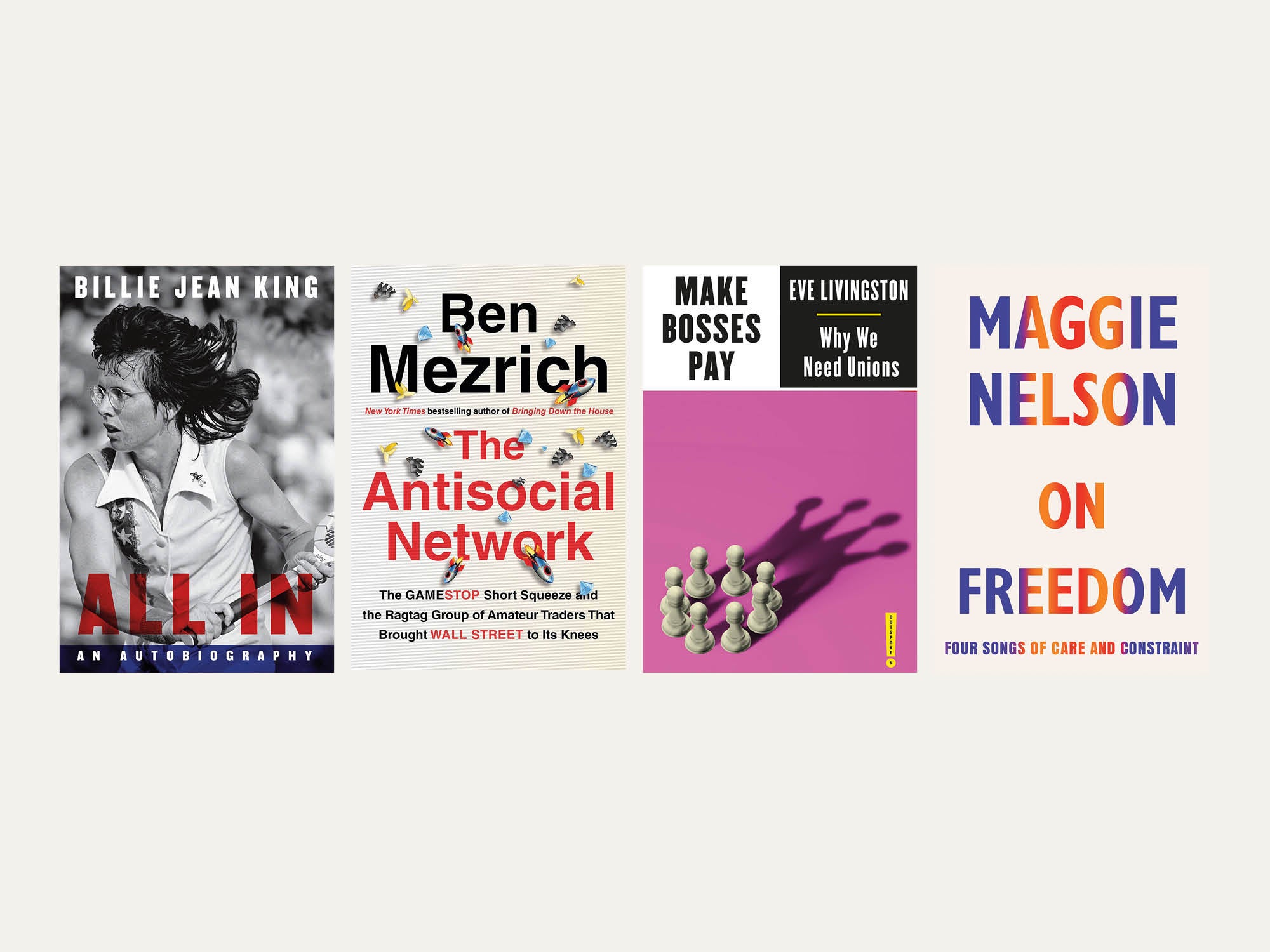 â€œHistorically, anger-fueled revolutions tend to move in the same direction,â€ writes Ben Mezrich. â€œAt some point, once the pillars start to shake, the walls inevitably fall. In the latest book by the bestselling business author, The anti-social network, The Revolutionaries are a disparate group of investors who joined forces on Reddit in January to take on Wall Street and boost the share price of U.S. store chain GameStop. Described by Mezrich as a â€œdramatic and narrative taleâ€ of the saga, the book follows the changing fortunes of amateur investors and their Wall Street rivals as they ride the fluctuating price of the company’s stock. As the names of the sources have been changed and the dialogue â€œrecreated,â€ Mezrich convincingly captures the sentiment behind the uplift of memes stocks.

Nonetheless, his claim that online revolutionaries could bring down Wall Street contradicts his account. After all, as he convincingly explains, the Robinhood trading app that supported the “revolution” depended on a powerful American financial services company – and those who made the most profit from GameStop were not. not amateur investors, but hedge fund managers at the heart of the Wall Street establishment.
By Oscar Williams
HarperCollins, 288 pages, Â£ 16.99

Making Bosses Pay: Why We Need Unions by Eve Livingston

In Make the bosses payJournalist Eve Livingston argues that unions are essential to improving the lives of workers, highlighting the ways the ruling class seeks to exploit workers and why collective action is the most effective way to fight back. The book explores the rich history of unions and how they help people in modern work settings, such as the odd-job economy. He addresses the reluctance of young people to join unions because of the presumption that they are for “screaming old men” and get little, giving case studies that prove otherwise.

The book is a title in Pluto Press’s “Outspoken” series, publishing dissenting opinions from underrepresented writers who focus on how our capitalist system could be radically changed. Even if Make the bosses pay he feels he would benefit from having more space – he is just beginning to tackle complex issues – he is successfully demonstrating what unions can achieve. As a beginner’s guide to the value of collective workplace campaigns, it makes a compelling argument that can motivate an otherwise demoralized workforce.
By Sarah Manavis
Pluto Press, 160pp, Â£ 9.99

Thank you for subscribing.
You will begin to receive emails from The New Statesman.

All In: an autobiography of Billie Jean King

Billie Jean King is best known as the tennis player who beat male tennis player Bobby Riggs in the Battle of the Sexes in 1973. It’s an enthralling story: King was transported to an Egyptian throne, defeated the former champion in a straight line. decorations and chauvinists humiliated everywhere. But King is full of incredible stories: there was the time she played in Russia at the height of the Cold War, then in apartheid South Africa; the time Elton John wrote him a song; the time his ex-girlfriend blackmailed him and declared her gay. I loved the story of a teenage king feasting on Wimpy burgers when she was in London – without a chaperone – for Wimbledon in 1960. Imagine that today.

But tennis has changed a lot since King, now 77, started playing – largely on his own initiative. The 39-time Grand Slam winner helped found the Women’s Tennis Association, fought for equal pay and brought the game to underserved communities. She is an effective LGBT activist and candidly writes about her struggles with her sexuality and internalized homophobia. All In is both a moving memoir and a piece of social history – the story of a changed life, sport and world.
By Katherine Cowles
Penguin, 496 pages, Â£ 20

On Freedom: Four Songs of Care and Restraint by Maggie Nelson

Maggie Nelson writes with a luminosity that, upon opening one of her books, is immediately invigorating. American author of cult favorites The Argonauts and Blues maintains his singular voice in his latest book On freedom, which is – surprisingly straightforward, given its fondness for mixing genres – comprised of four essays. In turn, they investigate, writes Nelson, the “freedom drive” in “art, sex, drugs and the climate – where the coexistence of freedom, care and compulsion strikes me as particularly thorny. acute â€. As she goes, she cites authors as varied as James Baldwin and Denise Riley.

Most illuminating is the Climate Essay, an issue approached with impressive frankness, given Nelson’s background in poetry and art criticism. The fact that mankind has left it for so long to really tackle the environmental crisis head-on means that we will face a lot more disruption and “unfreedom” than if we had acted decades ago. , she says. But free thinkers – novelists, artists – will always be necessary: â€‹â€‹it is they who will be called upon to imagine what our future world will look like, utopian or dystopian.
By Ellen Peirson-Hagger
Vintage, 304pp, Â£ 20

This article appeared in the September 22, 2021 issue of The New Statesman, Great power play

2021-09-22
Previous Post: AtoB @ C delivers a series of hybrid ships with Chowgule – ShipInsight
Next Post: One in five psychologists shuts the books on new patients under pandemic pressure