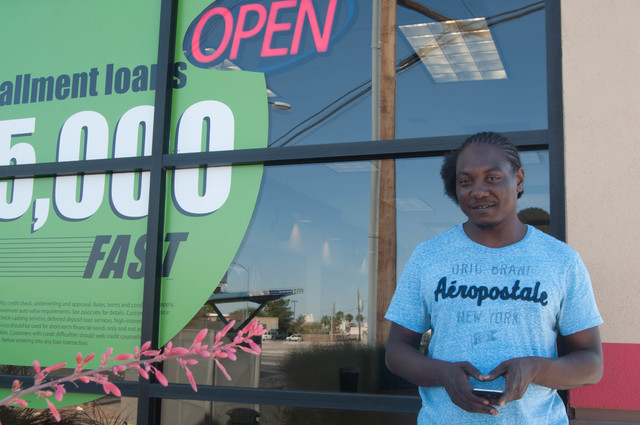 Federal regulators are taking action to curb high-cost payday lenders, and state officials are exploring ways to do the same.

The Consumer Financial Protection Bureau, meeting in Kansas City on Thursday, proposed new limits on interest rates and rules that would make it more difficult for lenders to seize cars used as collateral for so-called title loans. A proposed rule would require the lender to assess the borrower’s ability to repay the loan before granting it.

Meanwhile, Nevada State Treasurer Dan Schwartz called a summit meeting on June 8 to discuss state-level payday loan regulation and preventative measures. The session, which is not open to the public, representatives of lenders and consumer advocates.

Nevada has no limit on the interest rates for payday loans. Lenders charge an average of 652% annual interest, according to a Center for Responsible Lending chart of payday loan interest rates in the United States.

Payday loans, a $ 50 billion annually nationwide industry in 2014, often take the form of small, short-term cash advances at high interest rates. These loans tend to be the last resort for people with bad credit and low income. Often borrowers cannot pay on time and have to roll over the loan, resulting in even higher costs – a situation consumer advocates call a debt trap that the borrower can never escape.

According to a report on consumer agency payday loans, more than 80% of cash advances are rolled over or followed by another loan within 14 days.

Attention to the issue is “certainly a good first step,” said Aj Buhay, field director for the Progressive Leadership Alliance of Nevada.

“We want to send a clear message to CFPB that we support them in regulating the industry,” said Buhay.

“If the Treasury starts moving forward on this issue, we want to support it as well, making sure Nevada isn’t one of those states that doesn’t have regulations for this industry.”

Some Nevadans got into trouble.

“Through our financial literacy programs, we have heard many heartbreaking stories about how Nevadans get taken in by these types of loans,” said Grant Hewitt, chief of staff to the treasurer. “Some of these stories have involved gambling, but at this time we don’t have any statistics on the size of that percentage.”

Often, payday lenders are strategically located in low-income neighborhoods, according to a Federal Reserve Board study.

“Most, if not all, who use these loans find themselves in a worse place than where they started financially,” Schwartz said. “This summit will discuss the issues at stake, Nevada’s position vis-à-vis other states, and actions that may be taken in the next legislative session.”

The issue has already caught the attention of internet search giant Google, which recently announced it would stop receiving advertising from payday lenders in mid-July.