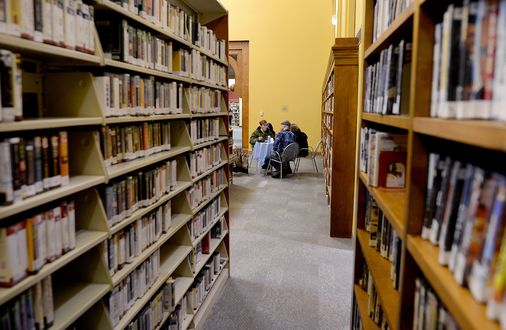 But publishers that have resisted selling digital assets to libraries are already changing their tune. Online retailer Amazon, for example, not only sells books, but operates its own publishing business. Until recently, Amazon Publishing did not sell ebooks or audiobooks to libraries. But shortly before the Maryland law took effect, the company announced an agreement with the Boston-based nonprofit Digital Public Library of America to begin licensing its eBooks to public libraries. The company said it was also working on a similar deal for Audible, Amazon’s audiobook publisher.

Library officials still support the bill, hoping it will force publishers to negotiate better deals for digital books. “It would establish the idea that there really is a problem here,” said Alan Inouye, senior director of public policy and government relations for the American Library Association, “and that there needs to be a discussion about this. which is reasonable terms.”

Closings and closures of libraries forced by the COVID-19 pandemic have spawned a growing demand for online book borrowing. OverDrive, a company that provides digital library services to public libraries, said customers around the world viewed half a billion items in 2021, a new record. In Massachusetts, the Library eBooks and Audiobooks program, which provides digital resources to patrons at 377 state libraries, has seen demand increase by more than 40%.

According to the American Library Association, libraries currently pay three to five times more than consumers for eBooks and audiobooks. So an ebook that retails for $10 could cost a library $50. In addition, the library can only purchase the right to lend the book for a limited time – usually only two years – or for a limited number of loans – usually no more than 26. James Lonergan, director of the Massachusetts Board of Library Commissioners, believes the publishers opted for 26 runs after calculating that this is the number of times a printed book can be borrowed before it wears out and needs replacing.

And that’s what happens to an eBook after 26 checkouts. The library must “replace” it by paying full price to have the right to lend it 26 more times.

Lonergan admits this approach makes some sense. Traditional print books can only be borrowed by one user at a time, but in theory an e-book could be loaned out to thousands of customers at a time. Also, printed books wear out and have to be repurchased, but digital books last forever. “You can’t have a book available forever at the same price,” Lonergan said. “Publishers need to make money.”

But the Association of American Publishers (AAP), which represents most of the nation’s major publishers, is ready to fight. An emailed statement from the AAP said the Massachusetts bill “raises significant constitutional and federal copyright concerns and constitutes an unwarranted intrusion into a vibrant and thriving market for e-books and audiobooks that benefits authors and publishers, booksellers, libraries and the general public.”

The AAP has already sued in federal court to block enforcement of the Maryland law, arguing that only the federal government can regulate digital publishing practices.

Again, Lonergan thinks the publishers may be right. But he said it was all the more reason for Massachusetts to pass the law. Lonergan noted that outside of the Maryland law, Rhode Island lawmakers are also considering the idea. “I think the hope is that if enough states … make these efforts,” Lonergan said, “then Congress will step in and do something about it at the federal level.”

2021-12-31
Previous Post: Restoring old books is a sentimental journey into your memories
Next Post: 2021 is in the record books: a year of memes, crypto, and all-time records.