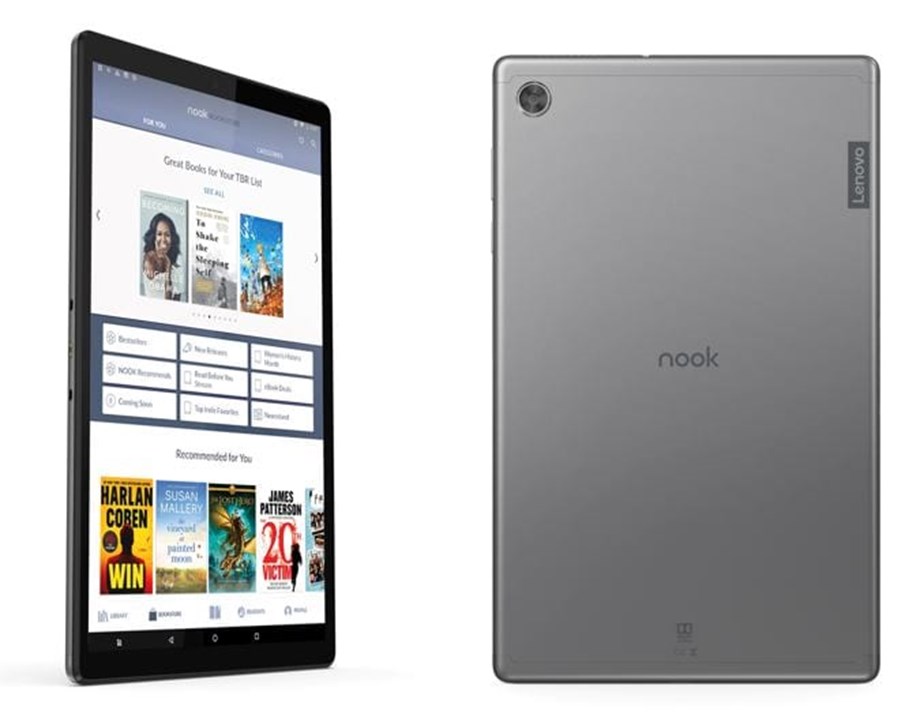 Lenovo, in partnership with Barnes & Noble, Inc., the largest retail bookseller in the United States, has released a new 10-inch NOOK HD tablet that comes with Google Play, NOOK eBooks, Google’s Kids Space, and Dolby audio. Atmos, among others.

The NOOK 10-inch HD tablet is priced at $ 129.99 and will be available for purchase in US stores and online in early April 2021 through the official Barnes & Noble website.

The new NOOK tablet comes with a full metal body and a 10.1 inch HD IPS display that offers an 85% screen-to-body ratio. The TUV Rheinland certified tablet weighs only 420 g (0.9 lb).

Under the hood, the tablet has an octa-core processor with a main frequency of up to 2.3 GHz and boots the Android operating system. It offers 32 GB of on-board storage with the option to expand it further via a microSD card.

The NOOK 10 inch HD tablet is said to offer up to 10 hours of web browsing on a single charge. Plus, with Google Play, users can access millions of apps, games, movies, songs, and more, as well as a huge library of eBooks including over one million titles at less than $ 4.99.

NOOK 10 inch HD tablet comes with Google Assistant, Google Kids Space, a new kids’ mode with apps, books and videos and an FM radio. It is also equipped with cameras on the front and rear, two Bluetooth audio speakers powered by Dolby Atmos, a MicroSD card slot and a 3.5mm headphone jack.