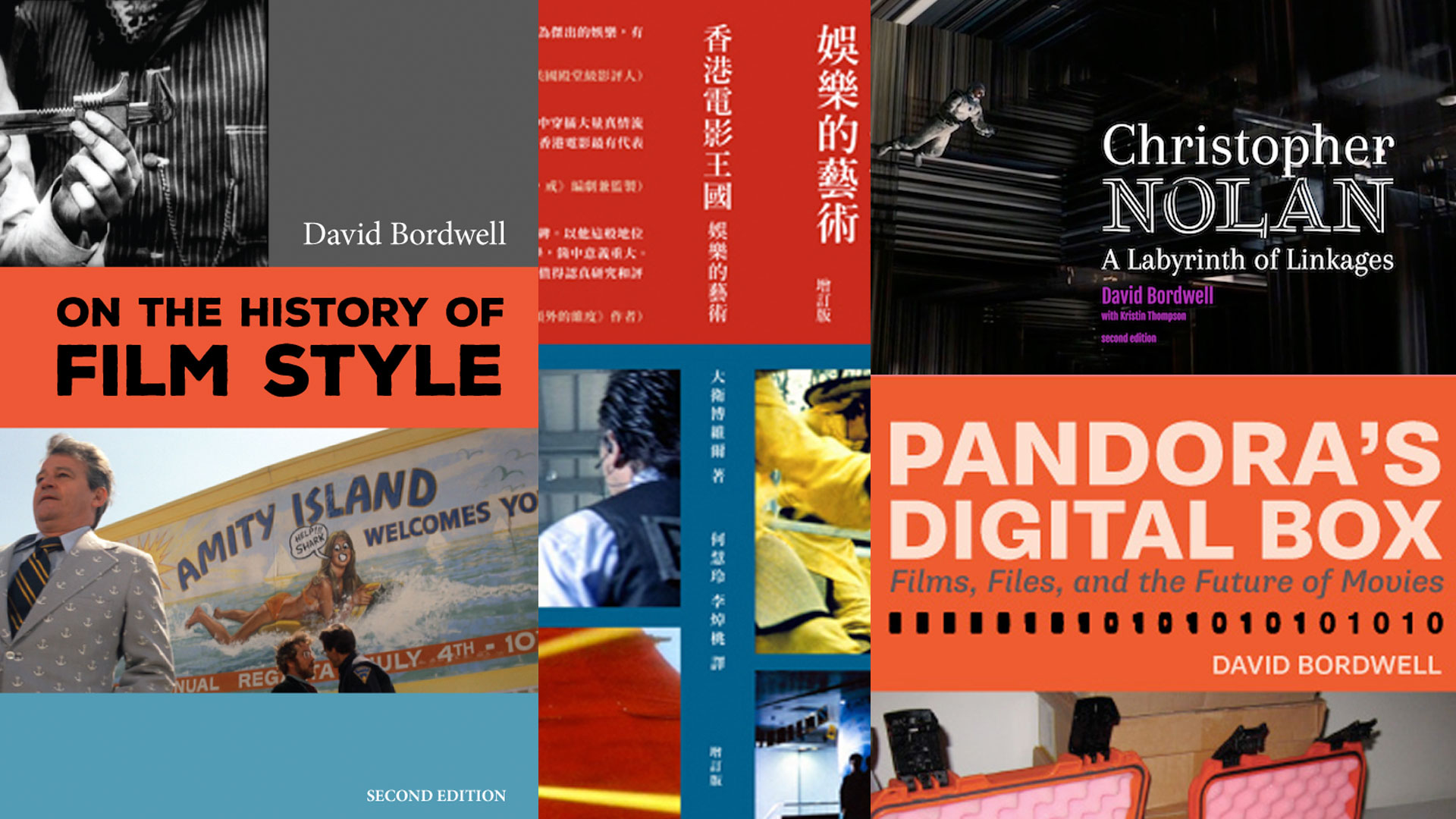 We all have our favorite way of learning about the art of filmmaking, whether it’s through reading, watching videos, listening to audio, or during the process of making videos themselves. Often it’s a mix of all types of learning that helps ensure that certain lessons stick in our memories forever.

But there’s no denying that watching movies is one of the most essential ways to grow as a visual storyteller. And with a few tips, we can learn to watch movies with a more critical eye.

Recently, author and teacher David Bordwell, along with his wife and writing partner Kristin Thompson, made several of their books on filmmaking available to download and read completely free. David and Kristin have become an essential part of film studies for many undergraduates, and their books are widely considered must-reads for anyone wishing to delve deeper into filmmaking.

As written in David’s blog post, the reason the books are suddenly available for free came from a desire to boycott PayPal and co-founder Peter Thiel. But more than that, David believes in the power of film learning, especially for film students, and so making his books available for free makes him feel good. More power for you, David.

Here are the free movie books you can download and start reading today.

On the history of cinematic style

This 353-page book is an excellent introduction to the study of cinematic style through the history of motion pictures. Here is the description of the book:

“The study of cinematic style has profoundly shaped our attitude towards films. Style assigns films to a tradition, distinguishes a classic and signals the arrival of groundbreaking innovation. David Bordwell now shows how film scholars have attempted to explain the continuity and stylistic changes throughout the history of cinema.

Bordwell scrutinizes the theories of style launched by André Bazin, Noël Burch and other film historians. In the process, it celebrates a century of cinema, integrating discussions of cinematic classics such as The Birth of a Nation and Citizen Kane with analyzes of more current box office hits such as Jaws and The Hunt for Red October. Examining the contributions of well-known and overlooked directors, it considers early motion pictures, the achievements of the silent era, the development of Hollywood, and the progress made by European and Asian cinema in recent years.

On the History of Film Style proposes that stylistic developments often stem from filmmakers’ search for engaging and effective solutions to production problems. Bordwell traces this activity through history through a detailed discussion of filmmaking. Illustrated with over 400 image enlargements, this sweeping study provides a new lens for viewing cinema.

There’s also an in-depth blog post that details how and why the book came to be.

Download and read the PDF – On the history of cinematic style

Christopher Nolan: A Maze of Links

One thing is certain when watching a Christopher Nolan film: one viewing is never enough to grasp the full extent of his films. Better yet, advice from David Bordwell and Kristin Thompson will help you fully understand and appreciate Nolan’s cinematic breakthroughs.

Here is the description of the book:

“Christopher Nolan is widely regarded as one of the most accomplished living filmmakers. The Dark Knight, Inception and many more of his films are highly rated by moviegoers. This book traces some of his contributions to modern American cinema, particularly his unique experiences in narrative form.

More generally, his career offers us the opportunity to reflect on some issues of creativity and originality in modern Hollywood. How innovative can filmmakers be without losing audiences? How to combine complexity and clarity? Nolan’s career offers solutions to these questions.

Christopher Nolan: A Labyrinth of Linkages is derived from several popular entries on the Observations on Film Art blog. The book recasts these entries and integrates them into a continuing argument, while adding illustrations and new material written especially for the book. David Bordwell and Kristin Thompson analyze Follow, Memento, The Prestige, Inception, Interstellar and Dunkirk. After assessing Nolan’s mastery of editing and scene building, the authors focus on his innovations in film storytelling. The book treats his work as an ongoing experience with time, intersections, and stories within stories, while relying on “rulesets” that create distinct cinematic worlds. The book also argues that Nolan was able to blend his experimental impulses with the demands of mainstream entertainment.

There is also a blog post that gives you an overview of the book.

Download and read the PDF – Christopher Nolan: A Maze of Links

Pandora’s digital box: films, files and the future of films

It seems inevitable now, but there was a time when the move from film to digital cinema was a huge shift in our industry. And not so long ago either. This book gives you a 237-page overview of how digital projection has dramatically changed cinema.

Here is the description of the book:

“It was the biggest shake-up in filmmaking since synchronized sound. Between 2010 and 2012, the global film industries forever changed the way movies were shown.

This is the first sentence of Pandora’s Digital Box: Films, Files, and the Future of Movies. Written in a lively and accessible language, it tells the story of the recent revolution in cinematographic projection. It also situates the digital transformation in the history of American distribution and cinema.

Written by award-winning teacher and researcher David Bordwell, Pandora’s Digital Box provides both a snapshot of ongoing changes and a long-term history of American film culture.

The book is derived from a series of blog entries on davidbordwell.net. For the book, the original website entries were rewritten, merged, and updated. The author has gone beyond the entries to provide deeper and broader financial and historical context, adding some 22,000 words of new material. The result now reads as an independent and coherent study of the digital transition. A final references section provides web links to important documents, sites and commentaries.

Here is a blog post that provides background to this book.

Download and read the PDF – Pandora’s Digital Box: Films, Files, and the Future of Movies

Even if you are unfamiliar with Hong Kong cinema, there is so much to learn from this 299 book on cinema in general. You can read the full description of the book here.

In addition to these free books, there’s so much more on David Bordwell’s filmmaking website. There are links to other books to buy, plenty of free trials, and enough blog posts to keep you reading for years. If you haven’t checked out the site, I highly recommend it.

You might also be interested in learning more about cine lenses – here’s our recent article and video about the epic new book Cine Lens Manual.

If you really want to deepen your knowledge of cinema, MZed Pro could be the educational platform you have been looking for. As an MZed Pro member, you have access to nearly 300 hours of filmmaking training, and we are constantly adding new courses.

What are your favorite books on cinema? Let us know in the comments below!